Minecraft is dangerous. You can sit down to a new randomly generated world for a quick session only to snap out of the creative haze many hours later to realize you've forgotten to eat, sleep, and go to the bathroom. There's always just one more tunnel to carve, one more resource to harvest, one more tool to forge, or one more to-scale replica of the Star Trek Enterprise to re-create block by block. The ability to exercise limitless freedom and mold the game's retro fantasy world to your liking is powerfully addictive, and this indie-developed sandbox phenomenon holds a staggering level of depth. Some of the game's elements still feel rough and unfinished, but nevertheless, once Minecraft sinks its hooks into you, it won't let go.


Though it initially lacks any tangible plot or specific direction to follow, the real beauty of Minecraft lies in the fact that neither is needed. You get out of the game what you choose to put into it, which allows you to pursue the aspects that most appeal to you. Survival mode is where the experience comes closest to resembling a game in a traditional sense. Dropped into a lovely but primitive-looking 3D world, you're free to explore, build, and adventure as you see fit. Unique biomes like thick forests, swamps, mountain ranges, deserts, and icy tundras hold many resources to harvest, and the jagged landscape itself is your key to survival in these first tenuous steps of the adventure. You start out empty-handed and danger-prone, but carving out the land yields tons of resources needed to generate food, craft weapons and armor, and form crucial tools. Building a shelter with stone, wood, and other blocks is also important; nightfall ushers in the arrival of meandering killer creatures that range from the exploding creepers and mumbling zombies to the enigmatic endermen and arrow-flinging skeletons. There's a cool natural flow to the day/night cycle that encourages you to shift gears between fiddling around on the surface and hunkering down or heading below ground.

The complex crafting system at the heart of Minecraft's open-ended gameplay is a huge part of what makes the game so enjoyable, and it adds to the thrill of exploration. Laying down raw materials and other resources you've collected in certain combinations along the crafting grid lets you produce everything from practical adventuring tools and structural building elements to clever decorations for your mega fortresses. Some basic items, like torches and pickaxes, are needed for navigating below ground and mining key resources. More elaborate items, like enchanting tables that let you imbue weapons with buffs and powered mine carts that can be used to ferry materials across great expanses of track, require rarer materials to craft. Scouring both the surface and subterranean realms for the elements needed to craft these "recipes" is hard work, but it's rewarding.

Toiling away for hours to finally uncover that elusive component you've been searching for can unlock a whole new range of crafting possibilities, and there are more than 200 recipes to make. The big issue for newcomers is that figuring out recipes is a completely unintuitive process. There's nothing in the game in the way of tutorials or even a basic explanation of possible item combinations and what they do. Thankfully, Minecraft players have posted a tremendous amount of detailed information online to help the uninitiated learn the ropes, but it's a major shortcoming of the game that you have to venture outside of it to learn new crafting combinations. There's a hefty learning curve to get past when you start out, though it's not a total fun dampener. It's less of an inconvenience once you get a feel for it, and the sheer volume and variety in the things you can craft more than make up for it.


Strongholds offer vast opportunities for adventure.
Regardless of which mode you play, one of Minecraft's biggest draws is the way it encourages rampant creativity. The gameworld is constructed very much like a giant Lego set, and you can destroy, tinker, or add to the environment in any way you see fit. At first, placing simple soil and stone blocks to erect a crude shelter to keep out the nocturnal hordes feels satisfying, but as you uncover the means to craft torches, doors, stairways, panes of glass, bookshelves, and tons of other abode-centric items, the door to endless building possibilities suddenly flings open. It's possible to sink full days into building elaborate flying megafortresses, underwater castles, skyscraper-like towers of doom, and complex labyrinths--and that's just the beginning. Using red stone, pistons, trap doors, and other unique items culled from recipes, you can construct everything from elaborate Rube Goldberg machines to massive lava-spewing pixel art statues of your favorite game characters. Bending the gameworld to your creative will can be a glorious time-sink on its own, and the level of flexibility is mind-boggling.

With unlimited blocks, instant access to every item, one-hit destruction, and the ability to fly at will, playing God in Creative mode offers a more relaxed way to build and play. At the opposite end of the spectrum, Hardcore mode hikes up the difficulty and gives you just a single life with which to work. It's a brutal challenge that's not for the squeamish because dying deletes your gameworld and everything you've amassed in it. Playing multiplayer Survival mode with friends is one of the most rewarding ways to enjoy Minecraft, if you can muster the patience needed to download additional software and figure out how to properly configure the server with help from online tutorials. Like some other features in the game, the multiplayer setup isn't the most intuitive or easy to navigate. It is, however, absolutely worth the hassle.

Survival mode blends building and adventuring, and it's where the most fun is at--whether you play solo or with friends. The most intrepid explorers and ardent treasure hunters will want to journey far beyond the comforts of their spawn points because Minecraft's expansive realm is home to some unusual hot spots worth touring. Poking around cave crevices can uncover elaborate underground strongholds that stretch deep underground. These long-abandoned vestiges of human civilization hold hidden treasures and ample resources to balance out the hazards posed by their deadly denizens. Then, there's The Nether--a hell-like alternate dimension riddled with danger that is accessed by crafting a portal out of rare materials. Aside from being fun and risky to tool around in, both of these locations are integral to accessing the ultratough end boss encounter that's tacked on for completionists. 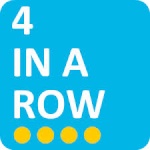 your best review yet nigga!